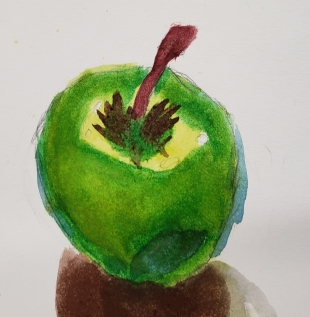 At the beginning of the year, I did a presentation for a 9th-grade class. As the students walked into the classroom, I told them where to sit. “Good morning! You can sit here,” I’d say, pointing to a table.

One student chose another table than the one I had pointed to. “I’ll sit here,” he told me, plunking himself down. He smiled and folded his arms.

“No,” I said. “You’ll sit here.” I pointed to the original table. I smiled back.

“But I can work better here,” he insisted.

“No,” I said again. “I’m very happy you’ll be in this class today, and so I need you to sit here.” I pointed again and repeated myself: “Here, please.”

He hesitated and looked around. The other students were staring. He grumbled, got up, and moved to the assigned seat.

Why insist? I certainly would not be teaching this student in the near future.

I insisted because if the student saw he could defy a direction, he would keep testing and he would not learn.

Yesterday, I noticed several students leaving a 9th grade Global History classroom* to drink water. I had visited this class several times and knew that the group of students could be challenging, and the teacher was new. I entered the classroom to see how I could support the teacher.

Changing a student’s seat in the middle of a class can be a battle– a public display of upset and defiance. However, I figured that at this point, we had nothing to lose. We stopped the class, pointing out that learning wasn’t happening. We coached every single student to change their seat: “Johnathan is sitting in his correct seat, so is Mona. OK, we’re waiting on three more people to change. Great, Jose is moving.” As they moved, we also talked about why this simple act could lead to their graduation and success.

After about 5 minutes, almost every student had moved except for two boys. It was obvious that one boy was the leader, and the other boy was a follower showing off for the leader. I calmly whispered to both students, individually, that the next move would be to schedule a parent meeting. At this, the follower moved, muttering under his breath.

The last boy, the leader, did not move. He busily did his classwork, insisting he could learn better from his current seat. The class was almost over.

At this point, it was a different class: attentive and respectful. Listening. The teacher taught for the last several minutes.

The next period, I spoke with the student who refused to move his seat. I didn’t want him proceeding to another class and creating another standoff. My leadership coach Sonia joined me. We listened to his viewpoint that his assigned group did not work hard in Global. We pointed out that the student was currently sitting with were not necessarily supporting him, and were laughing when he was off-task. We also explained what a “standoff” is, and how creating standoffs was getting in the way of his learning. He agreed to sit in his assigned seat the next day. He also agreed that rather than creating “standoffs,” he’d follow directions and then speak to the teacher if he had a concern.

The simple act of insisting on a request, however small, creates a culture of respect. Visiting the class and interacting with the students were time-consuming, but worthwhile. I was glad that the teacher and I had taken the time to dive into the problem and create the kind of class we wanted.

*Several details of the story have been changed to respect the identities of the students and the teacher.

3 thoughts on “No, you’re sitting here.”