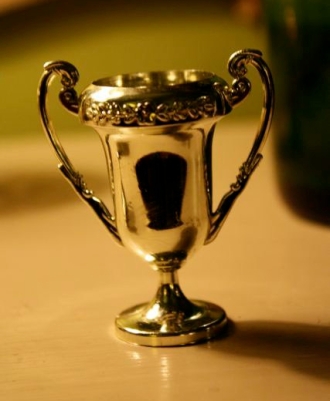 Last year in the 9th grade, Robert* had a rough start.  He would argue with directions, wander hallways, and frequently cut classes.  We were alarmed to see these habits so early in his high school career and did our best to address his behavior.

However, we didn’t see a major change until July: over the summer, Robert calmed down and got focused.  He attended summer school and had a math class with a teacher he admired.  In August, he passed the state math exam.  He started his 10th-grade year well, arriving on time, participating enthusiastically in classes, and performing well.

Then, the cutting habits started to creep in again.  We noticed he’d skip his last class of the day, history.  This year, we started a much stronger approach to addressing cutting.  We developed a system to stop students in the morning who had cut class the day before.  We met with them and helped them re-think how and why they should stay in school all day.

Robert was upset when we met with him about the cutting, but it had an effect: he stopped doing it. Also, his classwork started to improve again: in particular, he re-engaged in history class and earned a 90% on his first report card.  When his teachers planned a 10th-grade assembly, they decided to give him an award for his performance in history and his overall improvement.

The day of the assembly, Robert’s history teacher told him she was looking forward to seeing him there.  She didn’t tell him about the award but her enthusiasm hinted at it.

At the beginning of the assembly, we scanned the audience for Robert.  We couldn’t find him.  He was cutting again.  He missed the assembly and didn’t receive his award.

When his teacher spoke to him about it, he said, “It doesn’t matter.  I already earned a 90%, now I want to relax.”

His comment didn’t ring true for us.  However, what did ring true for was that getting praise can trigger upset as much as failure or disappointment, which I’ve through my leadership coaches Ariel and Shya Kane.  The Kanes have pointed out how most of us argue for our limitations and when others’ point out our greatness, we have an internal argument: “That’s not true, I’m a failure!” Or, we don’t want the supposed “pressure” of producing great results with consistency: “Don’t count on me.”

I discussed the situation with a few of Robert’s teachers, and we agreed that we would address his cutting but when he improved, we would be careful of our use of praise.  We wouldn’t avoid it, but we also wouldn’t over-do it.

Robert had a similarly angry response when we met with him about cutting the assembly.  He cut class a few more times, maybe to prove he was in control.  However, after we addressed the problem again and collaborated with his family on a solution, he started to attend class again with consistency.  He also started to improve and regain his passion for history.

The other day when I saw Robert in the hallway headed to his history class, I had the urge to say, “Great improvement!”  But I didn’t.  I smiled politely at him and headed on my way, aware that saying nothing was the best response.

*The names and identifying features of students have been changed.