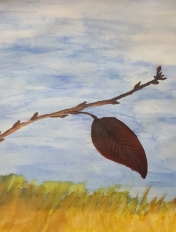 Our school is a school for newcomer immigrant students who are learning English for the first time. Lots of students struggle at the beginning, and passing state exams can be daunting. Despite hard work, many students fail exams the first time.

On top of all of that, they are teenagers, and sometimes they fail because they’re distracted and despite our best efforts, take longer to be fully engaged in school. This was the case for one of our students, Stiven.

We always knew Stiven had a good heart and a great sense of humor. 9th grade started strong, but as he made friends, he also started to show off and lose focus. In 10th grade, his grades dropped and he got into arguments. Not surprisingly, he failed most of his state exams. Graduation for Stiven was looking pretty bleak.

In 11th grade, his focus inched up. By 12th grade, he had matured, his teachers described him as friendly and witty, and most of his grades were in the 80s and 90s. We hoped that despite his rocky start and the need to make up lots of exams, he’d graduate in June.

June arrived and the exam results came in—one exam passed, two exams passed. We were just waiting on the third.

We got the results. He missed the exam by a single point.

No, I thought. Not one point. I hoped there was a smudge on his answer sheet blocking a correct answer.

But nope—that was it. That was his score. Stiven had actually accomplished a great thing, passing two out of three exams in one week—but he had missed the third exam by a hair. Other kids had also missed exams, but this one really hurt, as it was so close and Stiven’s comeback had been so dramatic.

What could we have done differently so he would have passed? I thought about Stiven returning to school in September and pictured him demoralized, studying for a single point. It is always challenging to motivate students to keep going when they don’t graduate with their class. Their friends go off to college or work and the students left behind feel a lack of purpose. Sometimes their attendance drops. What could we do to keep Stiven engaged?

Summer came and went, and in September, Stiven was about to return to school. We were still stuck on how to keep him engaged. He only needed a few classes, certainly not a full day of school—would his attendance and motivation drop if he only needed to attend for a few hours and his friends weren’t here?

In a moment, the solution was suddenly obvious: we needed extra help in our school—help in our offices, hallways, with the hundred and one tasks it takes to run a school. We could hire Stiven as a student aide. Having a job would give him sense of purpose, new skills, structure, and the motivation of earning money. In the mornings, he could take his classes, and in the afternoons, he could support us with distributing supplies, keeping track of attendance, helping with students, and so many other things. We needed the help so much that we ended up hiring another student in a similar situation to Stiven.

The staff loved having him as an aide. He was positive, helpful, and quick. His presence made a difference as he walked down our hallways—there was a calm maturity about him that was a gift to our younger students.

One day, watching a couple of 9th graders get into an argument, he said to our assistant principal, “Can you believe I used to be like that?”

In January, he took his last exam. He improved his score by 20 points. It was the highest score he had ever received on an exam.

We held a January graduation ceremony for Stiven as well as three other students who graduated a semester late, who were each inspiring in their own right. There was a sweetness to the ceremony. We could label it a “late” graduation, but it felt more like a perfect graduation.

Of course, our goal is not to graduate students a semester late, and we are always seeking to improve. But in this case, the extra time had allowed these students to learn more deeply and serve as role models in our school.

Stiven’s precious point that had seemed so essential in June now seemed irrelevant, as he had attained real achievement rather than simply “passing,” on top of gaining valuable work skills. As for us, our school received the gift of Stiven’s partnership and collegiality, which I wouldn’t pass up for the world.

Both Stiven and his mother gave permission to tell his story and use his real name.